When the text of the ancient tragedy of the Quechua Indians “Rabinal Aci” was translated into many European languages in 1859, it became evident that before the Spanish conquest on the continent there was an original ancient Indian theater. Of the works created in the era before the colonization by Europeans of Latin America, we received, in addition to the “Rabinal Aci”, the poetic drama of Quechua “Apu Ollantay” and the Nicaraguan folk “Goyaguense” folk. In its subjects, the Indian theater was close to the ancient Greek theater (see Antique Theater). The power of fate, fate, the punishment of a cruel monarch for a tragic mistake, the impossibility of love on earth – the themes of “Apu Ollantay” and “Rabinal Achi”, close to the tragedies of Sophocles and Euripides. However, by its artistic means, the Indian theater was different from the ancient one. It was an archaic theater that had not yet completely separated from the ritual, far from the author’s drama. Expressiveness of plastics, movements, ritual masks and outfits associated with the cult, drum rhythm, dance-ballet principle and at the same time high verbal imagery, poetic magic are the main features of the Indian theater. 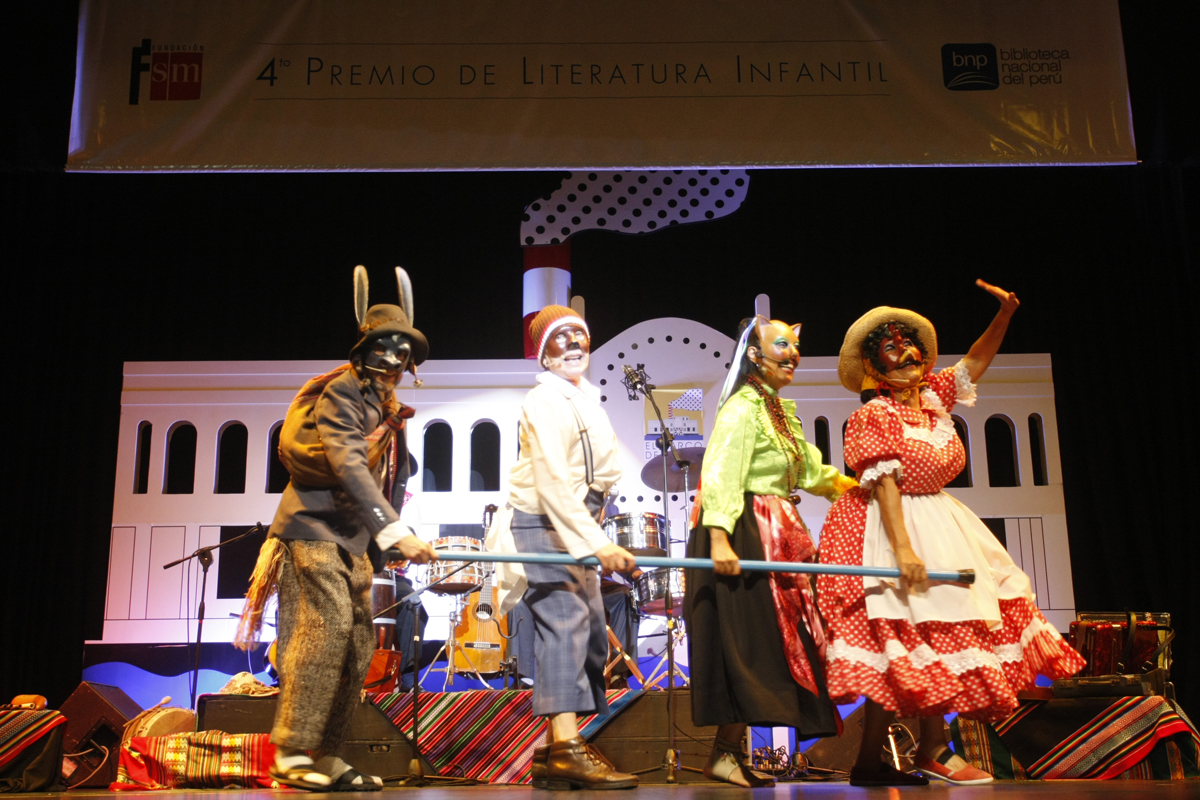 At the end of the XV – the beginning of the XVI century. conquest began, or conquest (in Spanish conquista – conquest), the Spanish and the Portuguese of Mexico, Central and South America. Europeans captured lands and cities, planted their culture and faith. Playing out the auto – medieval religious beliefs, at the end of which the infidels converted to Christianity, the Spaniards produced a mass rite of Indian baptism. The theater became the means of ruthless struggle of Christianity with paganism. Auto played out in the streets and squares of Indian villages, in Jesuit monasteries erected on the conquered lands, in front of the giant idols of the Indian gods.

However, the Indian culture did not disappear in the theater without a trace. So, in the works of the outstanding Mexican poet and playwright of the XVII century. Juanas Inée de la Cruz, who followed Spanish patterns, also traced the Indian pagan motifs.

Gradually in Latin America, theatrical art is formed, which is a synthesis of European, Indian and Negro cultures.

The situation of Negro slaves on the plantations of Cuba, Brazil, Haiti and other Latin American countries was completely disenfranchised. Only 2-3 times a year, in the days of the carnival, they managed to feel themselves equal in rights. In Cuba and in Brazil by the end of the XIX century. Carnival becomes one of the most striking theatrical spectacles. Carnival theatrical forms develop: the theater-buffo, the theater-sajnet, comic dances-scenes such as rumba, etc.

The interpenetration of the three world traditions – Indian, Negro, European – produced the first results by the middle of the 19th century. European romanticism, with its pathos of freedom, became the banner of the struggle of the Latin American peoples for liberation from Spanish colonization. In the plays of Latin American playwrights, tyrannical motifs appeared, in an explicit or implicit form, calling for the overthrow of foreign domination. The struggle for national liberation during the XIX century. was at the same time a struggle for the liberation of national culture. In Latin American countries, universities, theatrical schools, theaters began to open. There were talented playwrights: in Cuba – Milanes and Avellaneda; in Mexico – Calderoda and others. 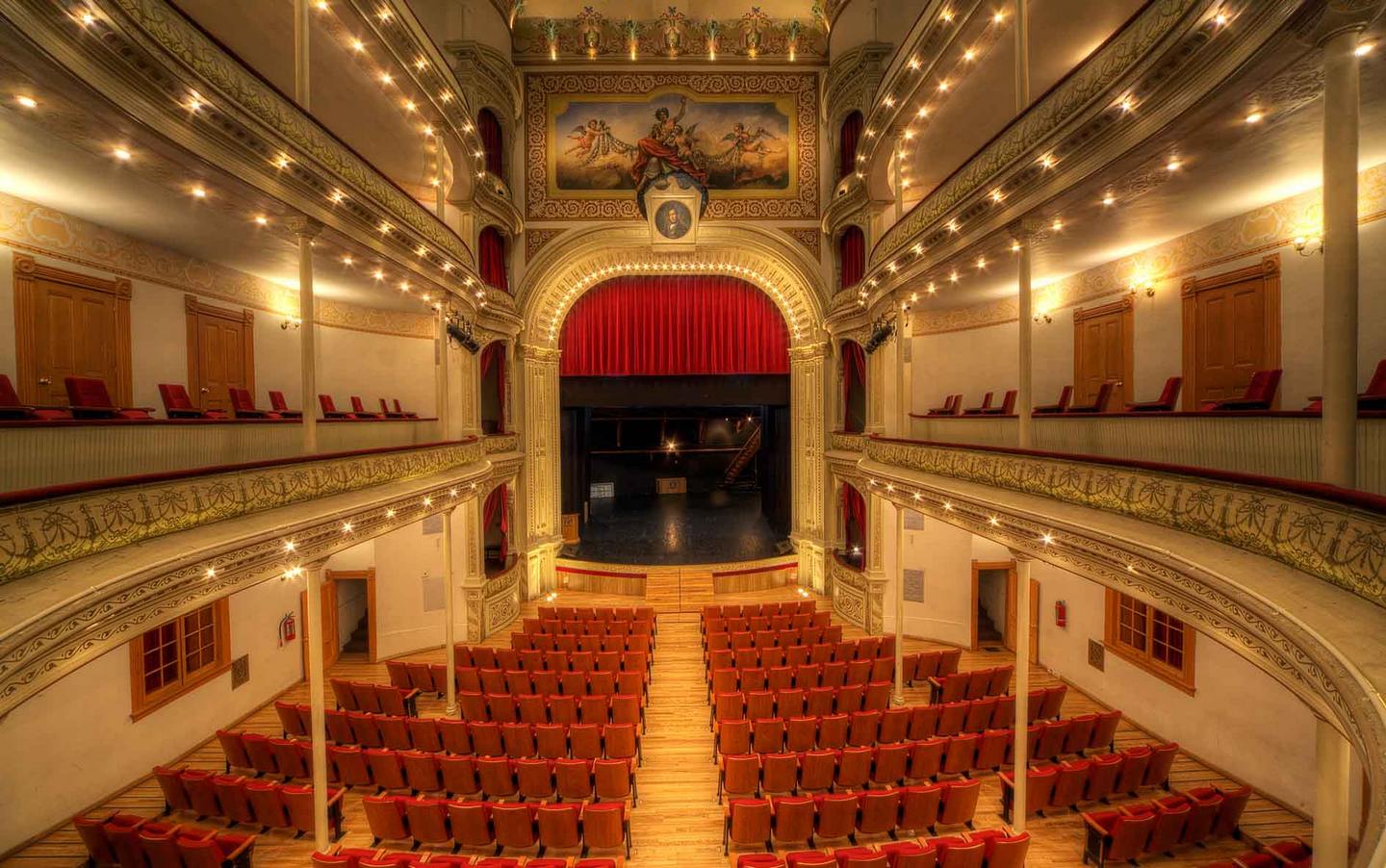 By the end of the XIX century, to replace romanticism came costumbrismo – a direction in art, close to naturalism. The main thing in the work of Latin American playwrights was the description of local customs, customs, nature, regional features of the language.

At the beginning of the XX century. Argentine playwright F. Sanchez in his works touched upon an important topic of national history, the sources of the national character. The image of a gaucho – nomadic shepherd, a free inhabitant of the pampa, as it were, strengthened the soil of history, instilled the roots of memory that the Argentines cut off, destroying almost all of the Indian population. The theme of the nation’s guilt for its historical past – for the destruction by the Europeans of the indigenous population of the continent, varying in different ways – became central to the Argentine theater, the entire culture of Latin America.

The Mexican Revolution of 1910-1917 had a huge impact on Latin American art. The thoughts, hopes and aspirations of the progressive cultural figures of Latin America are now connected with the comprehension of the national past and at the same time are directed to the future. This manifested itself in the work of prominent Latin American playwrights – Mexican R. Usigli, Argentines O. Dragoon, C. Gorostis, A. Kussani, R. Coss, Venezuelans C. Reggno, I. Shakron, Cubans H. Triana, A. Estorino and many others.

The Mexican Revolution restored the art of Mexico to its Indian roots. In the giant wall paintings, murals, graphics by David Alfaro Siqueiros, Diego Rivera, José Clemente Orozco, images, motifs and the technique of Indian temple painting were used. In return to the Indian roots, cultural figures of Latin America saw an expression of the specifics of national art. In the theater, the rebellion of the Indian leader Tupac Amaru (XVIII century.), The drama “Apu Ollantai” gave plots to new plays. In them the concepts “Indian”, “Indian”, expressing strength, nobility, are opposed to the barbarism of whites. 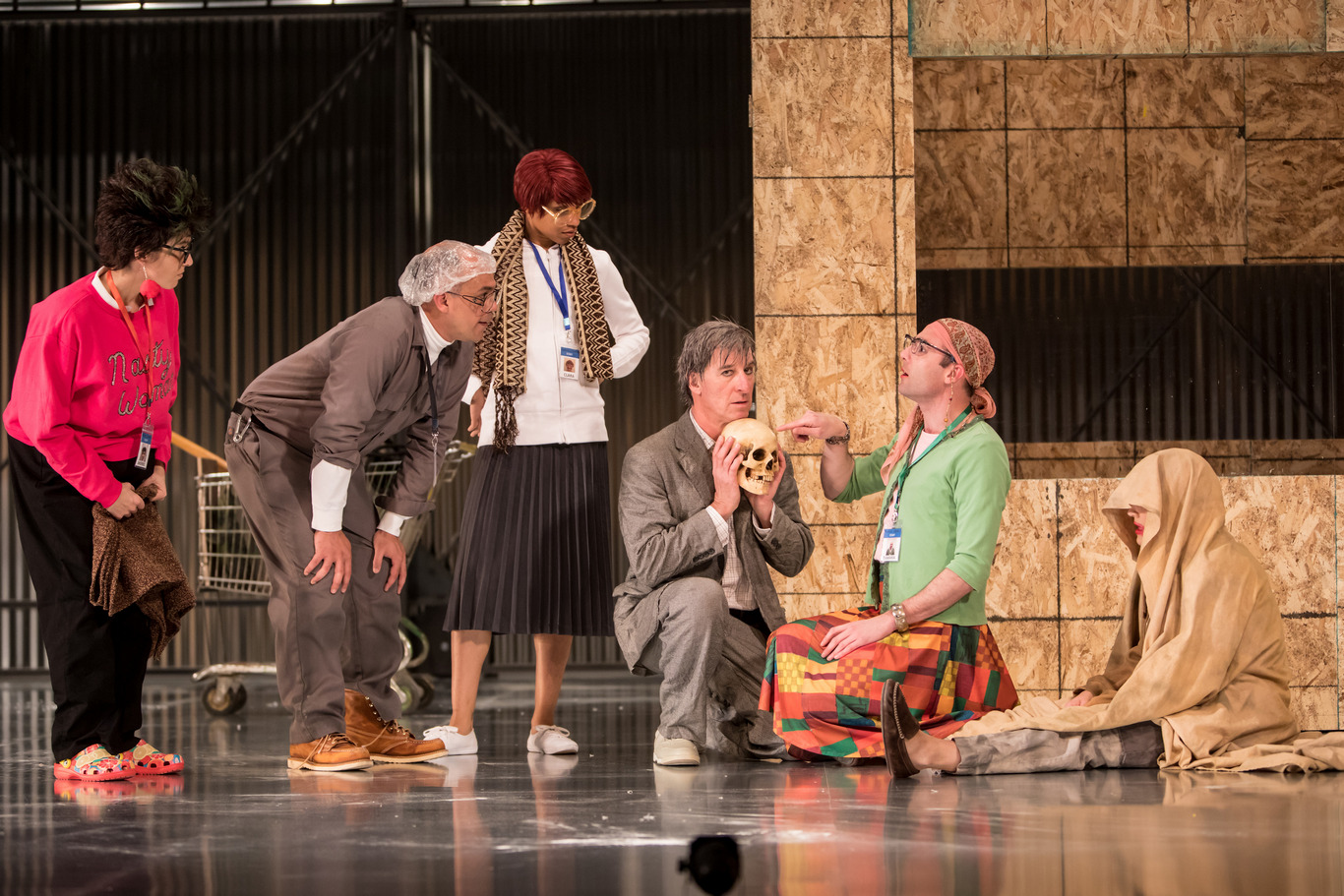 Since the early 60’s, the art of Latin America, and primarily the theater, comes back from the idealization of the Indian past to reality. And the reality of the continent from that time up to our time is turbulent socio-economic changes, revolutions, military dictatorships, coups, class struggle. A complex, full of contradictions and contrasts the life of Latin America is reflected in the theater.

The modern Latin American theater is primarily a political theater, sharply social, continuing the traditions of the theater of Brecht, E. Piscator (see Political Theater). By its expressive means, it is diverse. The theaters of collective creativity that first arose in Colombia (the most famous are La Candelaria, Teatro Experimental de Cali), then in Cuba (Escambray) are the agitation theaters, which often appear in open areas in remote peasant settlements. Grotesque, posterity, direct communication of actors with the auditorium affect first of all the ideology and consciousness of the masses. Simple scenes of productions call for strikes, promote the benefits of agricultural cooperation.

The theater of collective creativity not only inherited the experience of the world revolutionary theater of the masses, but also used the experience of the Latin American acute social theater. Movement of independent theaters of the 30-ies. (semi-amateur, semi-professional folk groups) arose as a reaction to the dominance of commercial art. The independent Masqueras in Argentina, Orientacion, Ulysses in Mexico in their programs demanded the artistry and civic-mindedness of the theatrical art, fought for its dissemination and democratization. This gave positive results; so, for example, in Ecuador independent theaters put more performances than commercial theaters.

At the present stage, the so-called New Latin American Theater has acquired immense importance. One of its varieties is the Open Theater in Argentina. His activities proved so powerful that it contributed to the fall of the military dictatorship in 1982. 21 one-act plays, mostly anti-fascist, were played in the largest cultural centers of the country for several months. Famous directors, artists, playwrights, theater and cinema actors participated in this festival of free art. Low prices for tickets, performances available to the widest spectator, the seriousness of the problems posed not only restored the prestige of the theater, but also revived the national culture in a dictatorship. The activities of the Open Theater erased the line between art and political manifestation. The same applies to the Uruguayan troupe El Galpón, which has been in emigration since 1973; to the Chilean theater of insurgents “Alef”, which arose in a concentration camp; to the famous, based on improvisation “theater-newspaper” Brazilian Augusto Boal. Boal even created a whole theory, according to which the main thing in a person is not an individual, but a public consciousness. In the performances of Boal, the actors change roles in the course of the performance: after all, each person himself determines his role in history. 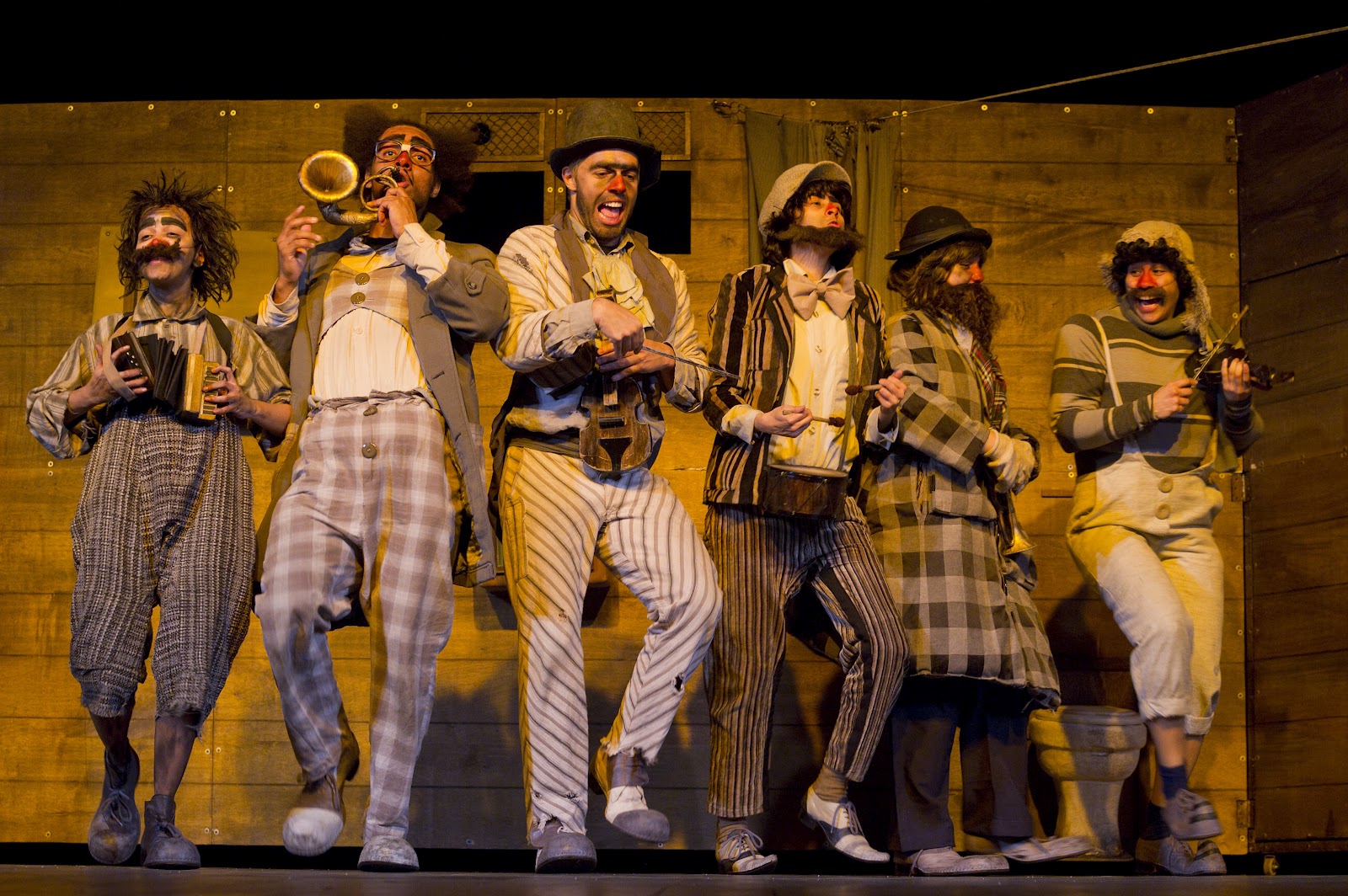 Theaters of Latin America, forced to emigrate from countries where the rules of the junta, founded in Europe in 1977, “People’s Latin American Theater.” Since then, regularly held festivals called “Latin American Theater in Exile.” Along with such major festivals as “El Cervantino” in Mexico City or the international Caracas festival in Venezuela, the festival of the theater in exile is a vivid show of the art of the political avant-garde.

The new theater takes into account the complex interlacing in the Latin American reality of the achievements of bourgeois civilization and the archaic, primitive life of the Indians. He combines political sharpness with metaphors, folk imagery, based on folklore, myth. In the 80-ies. received recognition of the production of famous Cuban directors V. Revuelta and B. Martinez. They resurrect in the tragedies of F. Garcia Lorca “Yerma”, “Bloody Wedding” the poetics of the ritual through rhythm, plasticity. Refined poetry, philosophy, art reach these performances to the simplest spectator.

Reviving the symbolism and metaphorical language of ancient civilizations in the theater, modern directors establish a special, close emotional connection with their viewers. This is how the modern theater in Latin America develops and at the same time the experience of the world theater is enriched.