Globalization, greatly intensifying intercultural contacts, involuntarily takes us away from the simple quantitative characteristics of this process and makes us realize its new qualitative state, which is inextricably linked with the notion of metaculture. The state of metaculture determines how the ability of cultures (primarily nationals) to develop creatively in relationships with each other, to present their achievements and consciously use the achievements of other cultures for mutual development. The indicated approach seems to us quite distinct and promising. At the same time, we consider it important to note that the true state of the theater in the meta-cultural space is not a general state of the world theater, but the possible state of each individual theater community, capable of realizing and preserving itself in a relationship to another.

In the eastern theater with its metaphysical actions, unlike the Western theater with its psychological tendencies, the forms themselves master their meaning and meaning. The play of actors is based on canonized, honed receptions of expressiveness, stylized movements and gestures. Modern theater specialists note the tendency of the world theater’s energetic withdrawal into forms, when the art of directing does not consist in the reflection of the literary text, but in something, from the point of view of a radical theater elite, more significant for the theater. At the first approach, the motivation of the active aspiration of the European theater to the theater of other artistic ideas, more often, the ideas of the conditional Oriental theater, is revealed. These same tendencies also reveal themselves in modern American theaters, down to provincial ones. What is this way of borrowing, what is the nature of cultural dialogue in the theater world and what is the significance of the border in the constitution of the indicated process?

The movement towards “universality” – one of the most important attributes of the art of the 20th century, clearly revealed itself already at the turn of the century, at a turning point in the history of culture, when the system of a new artistic worldview was just beginning to take shape. At the dawn of the new century, the director’s theater makes one of the main search objects a sort of interpretative game with the epochs of theater history, with the languages and the styles of the theater of past centuries.

Modern avant-garde direction of the theater’s task is not to solve social and psychological conflicts and not to serve as a battleground for instructive passions, for all this leads to its complete dependence on literature. Artaud claimed that the language of gestures lay in the basis of the direction, he appreciated the brightness and visibility of the forms and was very upset when he did not find it in the theater: “How is it,” he wondered, “that in the theater (American, European) everything is specifically theatrical, which cannot be expressed in words, remains on the last plane? “. In his opinion, the theater cannot be a simple reflection of the text, because “it has its own language: it is plastic and physics … Because the true feeling cannot be expressed with words.” The transition to such a language gives the theater the opportunity to express itself with the help of various forms, gestures, sounds, colors, plastics, that is, to return it to its original purpose: restore it in a religious and metaphysical sense, meaning “reconcile it with the universe”, after all It is well known that the origins of world theater art lie in pagan rituals, rituals, in the grassroots folk culture.

Modern theatrical anthropology concentrates its attention precisely on the field of practice, paving the way for creativity through numerous special disciplines, techniques and aesthetics included in the work. 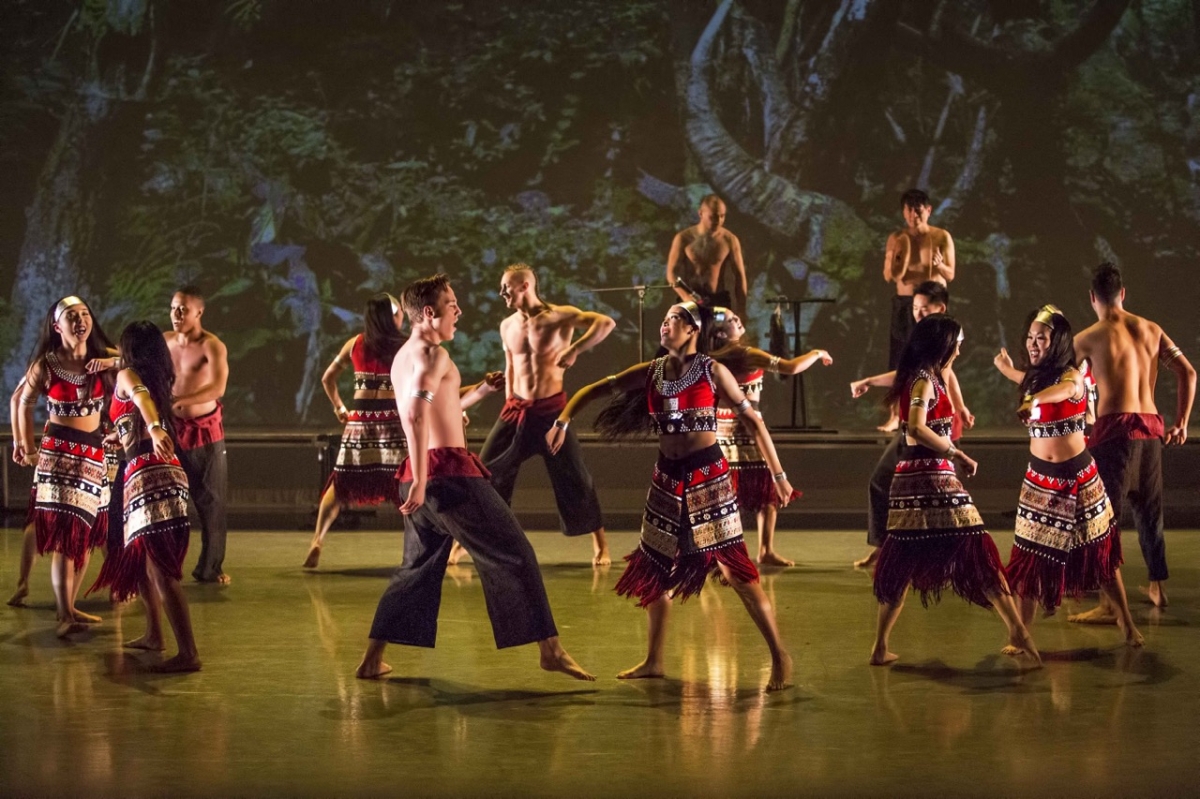 “Pear Garden” – so in Chinese is called the “Temple of Melpomene.” This poetic name of the theater was put into use by the famous Boston-esthete of the Tang Dynasty Ming-Juan. With him in the eighth century was the first school of actors, called “Jiao-fan” – “Pear Garden”. “Pear Garden” of the Chinese theater justifies its strange exotic name. The Chinese theater, as well as the Chinese actor, are exceptionally original and incomparable. This applies equally to the spirit of Chinese theater art, and to its technique.

The Chinese actor before the appearance on the stage was a long school of harsh and difficult training. The teaching started from 8 to 10 years of age. Every day, small candidates for actors performed dozens of acrobatic exercises. They studied fencing, improved in a special gait, comprehended the art of piercing falsetto. In the summer and winter in the morning, as soon as the dawn began to shine, the pupils of the “Pear Garden” were flocked to the air by senior masters for group classes. The future creators of charming moon fairies and seductive werewolves of unearthly beauty practiced hardest of all. They had to endure even the pain of bandaged legs, cramped in growth for greater similarity to female legs. The actors belonging to the master were punished, they were forced to endlessly learn plays and songs, and to strengthen their voices make unpleasant walks with a head thrown back and wide open mouth. As a result of such a long and tough preparation, the Chinese actor entered the stage fully armed with a multifaceted, carefully polished talent. Every movement is finished and harmonious. Every gesture of the beads is expressive. His gait is light and elegant. And he himself in his skillfully draped suit is like a sharp statue of painted ivory. The torments and sufferings of the actors were rewarded with a hundredfold, when the thorns of discipleship were replaced by roses of scenic triumph. 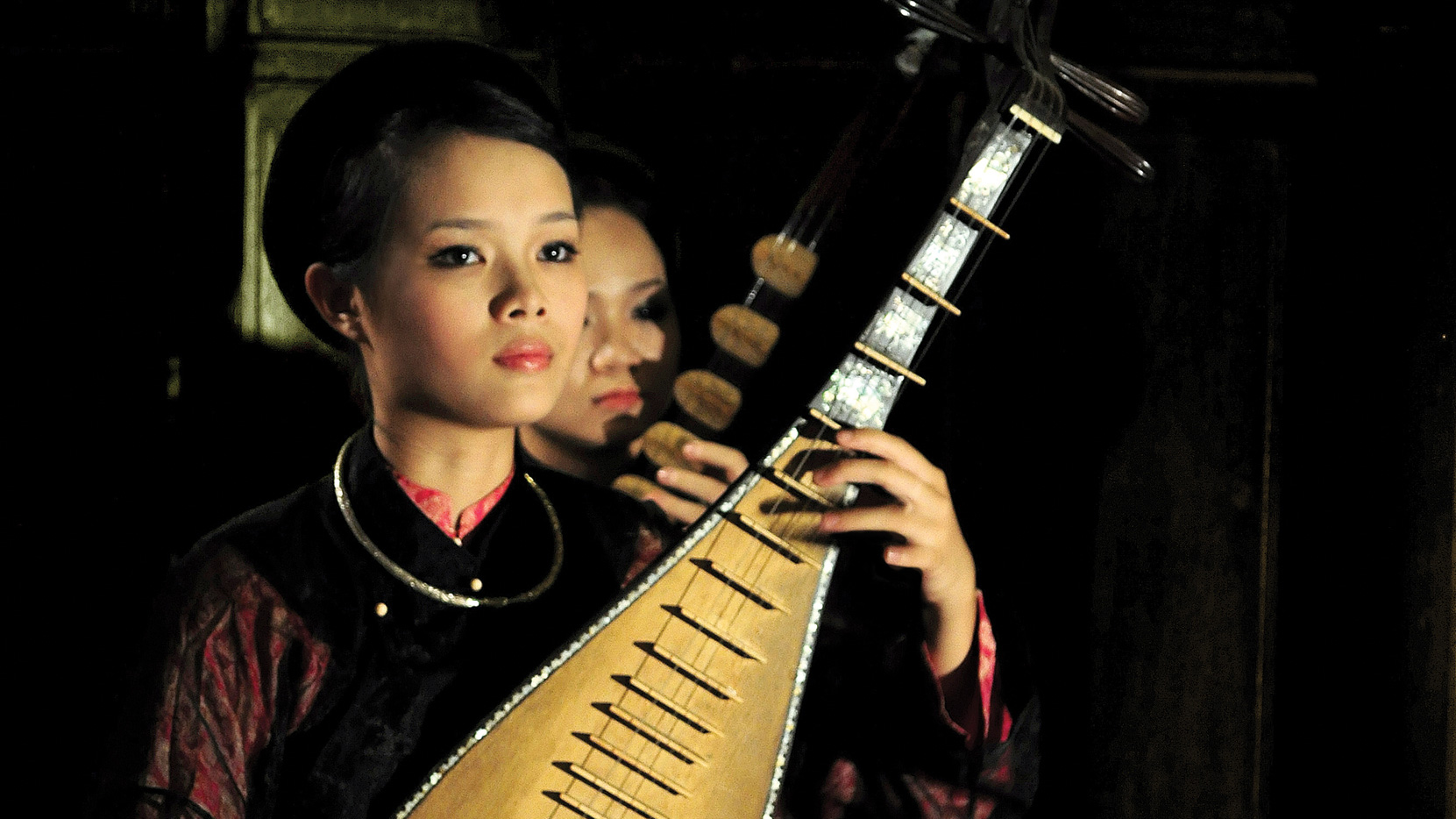 The modern practice of Chinese theatrical craft is different only in that the future actor makes his voluntary choice and finishes school (college, college) by a graduate. The acting techniques have not actually changed, just as the specific attributes of the Chinese theatrical performance do not change.

Nowadays art is born that seeks to fit the entire human universe into its limits, to unite, to bring together the West and the East, to create an aesthetic prototype of the all-human community of future centuries. Utopian dreams in this art blend with the mytho-epic images of the primordial unity of mankind “to the Babylonian conflagration.” To such artistic and philosophical searches belong the theatrical experiments of Jerzy Grotowski, Maurice Bejart, Peter Brook, Ariana Mnushkina, and others.